The A.D. Makepeace Company takes a unique approach to real estate development. We purchased much of our land as many as 100 years ago, and it is important to us that the land be maintained, and the property developed, in a manner that is respectful of our natural resources. In many cases, we grow cranberries on contiguous property, and we are committed to development and agricultural practices that co-exist in harmony.

Respect for the environment guides everything we do at A.D. Makepeace. What does that mean? Here are some examples.

We have been very involved in the restoration of Red Brook, in support of the Trustees of Reservations’ plan to restore the native brook trout habitat there. Red Brook, which runs along the Wareham/Plymouth line and empties into Buttermilk Bay on southern Cape Cod, is home to one of the last remaining U.S. populations of “salters,” a type of brook trout which spends a portion of its life in the sea. We believe the brook will sustain a larger population of “salters” when it is restored. Makepeace owns a bog system north of the Trustees’ land at the headwaters of White Island Pond. 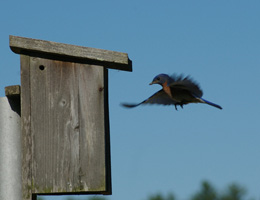 We erected and maintain some 200 bluebird boxes designed to house the eastern bluebird, a species whose population is surging due to the provision of artificial nesting spaces like the ones Makepeace installed. The grassy area typically found between the pine forest and the cranberry bog provides an ideal habitat for these colorful songbirds.

We installed and maintain platforms for osprey nests along utility easements through the company’s property. Attracted to the area by the prevalence of river herring and alewives, osprey would nest on utility poles if left to their own devices, posing a danger to themselves as well as local electric service. The platforms allow construction of larger, sturdier nests which, according to the National Wildlife Federation, can weigh as much as a half a ton and be as large as a piano. Careful placement of the nesting platforms can protect the osprey, sometimes known as fish hawks, and their young against their natural enemy, the great horned owl. Learn more about osprey from the National Wildlife Federation.

We built and maintain six herring ladders, providing spawning herring access to Tihonet Pond in Wareham, and White Island Pond and Halfway Pond in Plymouth. Herring, which are food for striped bass and bluefish, are anadromous, meaning they live in the sea but must enter fresh water rivers and streams to spawn. They return each year to the waterway in which they were hatched. Their journey upstream in the spring is facilitated by ladders built to help them circumvent waterfalls or other obstructions.

Our vision is to optimize the long-term value of our landholdings and agricultural operations by integrating cranberry farming and community development, thereby creating unique and distinctive real estate destinations. 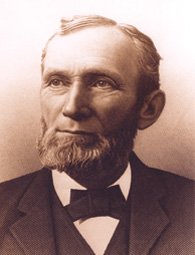 Seven generations ago, 22-year-old Abel D. Makepeace founded a company whose focus was agricultural, but whose vision was much broader. Mr. Makepeace saw opportunities everywhere to build his company and to create new jobs for local residents. He developed new ways to grow cranberries, and to pack, ship and store them. When his company needed lumber, he built a sawmill.

That entrepreneurial vision still guides the Makepeace Company today. The cranberry bogs represent a unique opportunity to build distinctive neighborhoods especially for those who value our environment and our heritage. The sand and gravel operation emerges from bog construction and renovation. Real estate development supports ongoing agricultural operations through environmentally responsible design features.

Our company’s future is dependent upon responsible use of environmental resources. We are inspired by nature, and this philosophy is reflected in all our businesses.