Daniel Gorczyca, the vice president of development at the award-winning Redbrook, has received a Cape and Plymouth Media “40 Under 40” award. 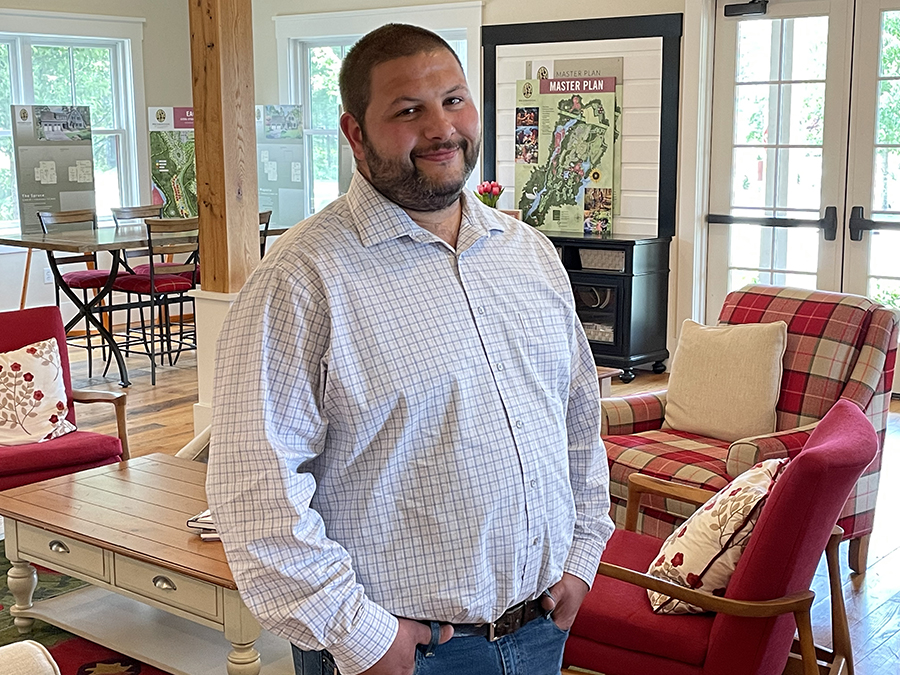 The awards spotlight the region’s top young business leaders who excel in their industry and show dynamic leadership. This program, now in its 12th year, honors distinguished businesspeople under the age of 40 who have made a mark in the region at a young age.
“With more than 150 nominations, it was extremely difficult to choose only 40 of our amazing, talented honorees, who came from such diverse backgrounds,” said Cape & Plymouth Business Media Publisher and CEO Dale Shadbegian. “Our congratulations to the winners, who not only excel professionally but who are also involved in giving back to their communities.”
In nominating Dan for the award, his colleagues at the A.D. Makepeace Company wrote, “Dan’s commitment to his job, his community, and his family is an inspiration to all who know him. He has the ability to balance numerous volunteer roles while directing the development of the highly successful and complex Redbrook village in South Plymouth and raising four young children with his wife, Erin.”
The family lives in Plymouth.
“Dan’s leadership style is to subtly exude competence and confidence,” the nomination continued. “With his self-effacing sense of humor, he has the ability to negotiate complicated permitting arrangements. He makes frequent appearances before the Plymouth Planning Board and other public forums, always giving permitting authorities reason to trust his judgment and his word. He is both cheerful and thoughtful, with strong understanding of complex development concepts and the ability to think outside the box.”
In addition to his leadership role with ADM Agawam Development LLC, Dan is vice president of the Plymouth Education Foundation, a non-profit charity raising money for education at all age levels in the town. He has been a member of the organization’s Board of Directors since 2016.
He has served as an elected Town Meeting member since 2018.
He has served on the Town of Plymouth Water Conservation Committee since being appointed in 2020.
In 2017, he volunteered and coordinated efforts to build a new playground for the Plymouth Preschool. Under his leadership, all labor was volunteered – the school only had to pay for materials.
The 166-year-old A.D. Makepeace Company is developer of the award-winning Redbrook, North America’s largest cranberry grower, the largest private property owner in eastern Massachusetts, and a recognized leader in environmentally responsible real estate development and stewardship. Visit admakepeace.com for more information, and redbrookplymouth.com for more information about Redbrook.